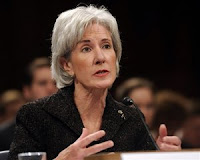 A year and a half ago I got a letter from the IRS. They wanted more money. The letter pointed out that while I had declared as income the few hundred I’d made from selling a story, I’d neglected to pay the self-employment tax. The upshot was that I’d better remit another $70 posthaste, or there’d be trouble. I got the letter not long after filing my return. And I hadn’t even been nominated for a cabinet post.

I always think about that when I hear about the little tax problems of those who have been nominated: Tom Daschle and Tim Geithner and, most recently, Gov. Kathleen Sebelius. Between them, their unpaid taxes come to well over 200 grand, but only Geithner managed to raise eyebrows at the IRS, and that was well after the fact. Stories like these are beginning to add up. You wonder: Does anybody pay the taxes they owe? Have I been a sucker all this time?

No, I don’t think any of these people are crooks. No doubt all of them made understandable mistakes, just as I did when I inadvertently cheated Uncle Sam out of his $70. But there’s something wrong with a system that detects tiny discrepancies and lets the big ones slide, a tax code that even the political elite can’t seem to figure out. My $70 mistake triggered a red light somewhere at the IRS; Gov. Sebelius’ cool $8,000 went unnoticed. There’s the whole appearance-of-fairness thing. Of course the system’s not designed specifically to screw the obscure and coddle the connected. It only looks that way.

Finally, can we retire the phrase “unintentional error” in connection with these tax stories? Sebelius used it again yesterday. Kathy: If it’s intentional, it’s not an error. It’s a crime.