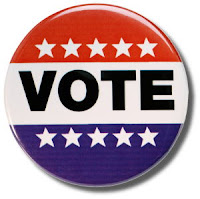 It was a beautiful day here in Wichita, Oct. 28 and the lines were snaking through the corridors at the Presbyterian church. We all showed up thinking to avoid the rush, and thereby created the rush a week early. No matter. We were mostly in good spirits. Long lines are bad, but this wasn’t the DMV, we didn’t have to be there. We showed up because we’re good citizens, doing our duty, and it doesn’t hurt to have friends and neighbors seeing us do it.

We shuffled forward every minute or so, looking at our watches and thinking back on all the TV ads and debates and all those cards and fliers that have come in the mail. We thought about who was the terrorist, and who was the crook and who was soft on crime and who twice declared bankruptcy and who failed to pay taxes and who has been guilty of unseemly behavior. We thought about who supported the Iraq war and who sat down with a ’60s radical and who spent way too much on a makeover and who reacted the wrong way to a dumb question.

Then we got in front of that touch screen and we voted on the issues. Well, except for those judge races, where they could all be closet jihadists or John Wayne Gacy and we’d never know the difference. You see the name, and you see the space below that says “Write in,” and you think, write in what? We’ll give them a shot. If they were pure evil, we’d have heard about it, right?

So now I’ve voted, and now I’m tuning out the presidential race, and all the state races and all the local races too. I’m just tuning them the hell out. I’ll tune back in next Tuesday.