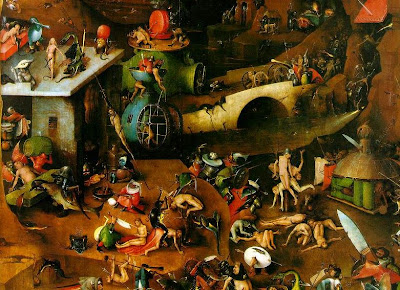 Tess likes to observe that the bigger the room rate, the fewer things you get for free. Which is one reason we ended up at the The Latham Hotel in Philadelphia’s Center City. We got a great rate (about $130 a night), free Internet and every amenity that matters. Also, the maid service was the best I’ve seen anywhere. We’d leave the room at 8 or 9 each morning, and it was invariably made up by the time we’d wander back around lunchtime. I hate coming back to an unmade bed, because you just know that the maids will come knocking soon — but there’s no telling when.

This is a boutique hotel, with a small lobby and small staff who do not hover around smirking at your shoes and waiting for tips. It’s clean, it’s quiet and it’s tastefully appointed. It’s also within walking distance of all the city’s sights. No need to pay for a cab. Comparing it to similar places I’ve stayed in New York, it’s definitely a bargain. Highly recommended.

Not recommended: the Atlanta airport at 1 a.m., after a lot of flights have been canceled and all standby seats have been claimed by those less deserving. You stand there unshaven and sweating and try to come to grips with your choices: ride out the night in Concourse D with floor waxers shrieking by like taxiing 747s, or stampede to the exits with the other maddened beasts and try to find shelter in the urban jungle of greater Atlanta.

Option B, assuming you raise somebody on one of the sticky courtesy phones and extract from them a vague promise of accommodation, isn’t for the timid. Outside where the hotel shuttle buses come by, everyone’s clamoring for one of the Titanic’s few lifeboats, reaching for the skid on the last helicopter out of Saigon. All pretense of courtesy vanishes; people are grasping and cursing and shoving their overstuffed bags into a van that in all likelihood is not the one they want.

This is the way the world ends: not with a bang, not with a whimper, but with naked self interest and a desperate battle to get aboard the last bus to the Sleep Inn. It’s not unlike one of those Heironymous Bosch paintings, except the airport people are mostly fatter, and, thankfully, fully clothed. My next trip will be by car.