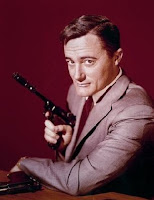 As much as I liked The Man From U.N.C.L.E as a kid, I don’t recall ever lusting to see any particular episode more than once. In fact, we’d usually scorn the summer reruns as being beneath our dignity. Same with Bonanza, or Mannix, or Petticoat Junction. You’d fight for a place in front of the Zenith when they first aired; months later those same shows were of interest only to old farts and invalids who couldn’t be bothered to turn off the TV after watching Hollywood Squares.

So it’s interesting to note the success of various networks selling people stuff they’ve already seen, and, in the case of Showtime and HBO, already paid for. Apple made waves today by leaking word that it plans to sell HBO shows on iTunes — for a higher price than its other dog-eared reruns, like The Office. The news is supposed to be the concept of variable pricing, but to me the real shocker is how many millions of people will pony up again and again for the same content.

Is there really anyone out there who has not seen every Sex and The City episode seven times? Anyone who can’t recite Sopranos dialog from sheer rote learning? Is it worth another three or four bucks an episode to have these retreads on your hard drive?

Never mind. I know the answer. It’s just that every time I visit a library or Barnes & Noble, I see thousands of books I haven’t read. All new content; buy a title once and it’s yours. Period. Pick up a book, people. In these uncertain economic times, it’s a great way to economize.