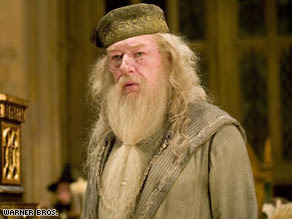 I always hate it when readers dream up qualities for fictional characters that are never alluded to in the books in which they appear. That is precisely why fan fiction is so unfailingly awful. But I really hate it when authors indulge in the same juvenile exercise. After all, if it were a trait germane to the character, why wasn’t it in the book? And so we come to J.K. Rowling’s startling announcement the other day that wise old Dumbledore, the bearded headmaster of Hogwart’s, is gay.

Not that there’s anything wrong with that. Being gay, I mean. But isn’t saying so a little like Mark Twain deciding in his dotage that Huck Finn and Jim were lovers? Or Charles Dickens revealing years later that Scrooge was suffering from Alzheimer’s? Characters are precisely the sum of the words on the printed page. No one, not even the author, should come back later and revise them in an offhand remark. At the very least, it is a violation of the basic tenet of fiction writing: Show, don’t tell. (I don’t know, maybe Dumbledore could have had a collection of Barbara Streisand records or something.) By simply telling, Rowling is subtly insulting her readers.

Besides, if anyone in those books was going to be gay, I’d have bet on Snape.